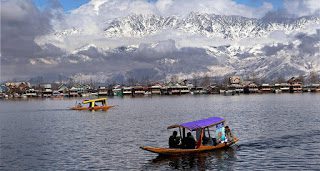 I heard a story about an old Dominican by the name of Maurice Fearan. He was giving a retreat in Kashmir (India) in a place called Shrinagar, beside the Dall lake. It is 7000 feet above sea level and a big tourist attraction; very beautiful. So many people came to the retreat that they had to give him accommodation apart from where the retreat was being held; so they put him on one of the tourist boats. Each evening after the retreat he would go back to the tourist boat, have a light meal and sleep.
One evening when he was eating, a young lady from Argentina joined him. While they were chatting, a storm began to blow up on the lake and it was coming towards them. Eventually there were flashes of lightening near them and they were both getting nervous, especially since they were on water. Then she leaned towards him and said, ‘Father, I’d like to go to confession, but before I go to confession I want to tell you something.’ And then she said, ‘Father I don’t believe in hell.’ Maurice said, ‘OK, but why don’t you?’ She said, ‘I am an only child and my father loves me completely and I know that no matter what I do, my father would never reject me. Sometimes he may do things which embarrass me, but I could never do anything which would embarrass him. No matter what I do he would never reject me. And so I don’t believe God would ever reject me either.’ Isn’t that powerful? And I think that is the approach we should take too.  I’m not suggesting that hell isn’t real, but I think that is a good way to see God. 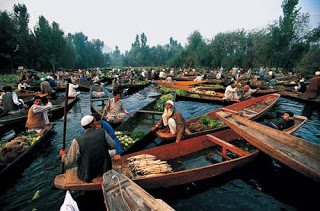 I think we often pray ‘too small,’ so to say. We are afraid that we can’t have the very best, or that God might frown on us if we expect too much. And yet Jesus taught the very opposite. ‘How many of you would give your child a snake if he asked for a fish; or a stone if he asked for bread?’ And then he said, ‘If you who are evil know how to give good things to your children, how much more will the heavenly Father look after you?’ It is a wonderful teaching and probably one that we could reflect on more. The Father wants to give us everything. He wants the very best for us always.
In the first reading, God is showing us never to be afraid, because if we trust in his word He will never let us down. The woman had almost nothing left and the prophet Elijah asked her to share it. She was afraid, but Elijah said, ‘Trust in the word of God and you will be alright.’  So she did and she was alright.
God invites us to do the same. We are so often afraid that we won’t be able to manage and yet the Lord keeps telling us, ‘Trust in me and I will look after your every need.’ And He does.
Something that the Lord has taught me as a priest, is never to be afraid to give away money to people who need it. I don’t just mean people who come to the door asking for money, but people I come across who I know are in need of help. They are the ones who rarely ask, but the Lord often lets me see their need. People often give me money as a priest and I see it as part of my work to pass it on, whenever the Lord shows me such need. But I have always found that every time I have given away money, sometimes reluctantly as I feel maybe it’s too much or that I might be stuck, within 24 hours I will be given the money back by someone else and usually more. This has happened to me so many times that I always believe it is God’s way of teaching me to trust him. He looks after all our needs and He will never be outdone in generosity. 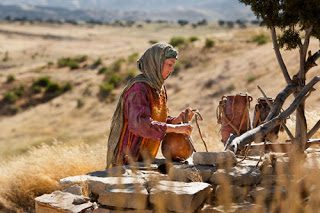 In the Gospel today Jesus sees the poor woman putting in what seemed to be a very small amount. But he knew it was everything she had. God sees what we do and He constantly encourages us to be generous, especially with those who are in need. Remember, God will never be outdone in generosity. If we are generous, God will be far more generous. We forget that Our Father in heaven is the Lord of all the universe. God has lots of money. Any father will give his children whatever they need and with great generosity if he can. Our Father in heaven is never outdone in generosity, so let us never be afraid.
“For the LORD, the God of Israel, says,
‘The jar of flour shall not go empty,
nor the jug of oil run dry,
until the day when the LORD sends rain upon the earth.’”